The chemical side of happiness

Happiness which is deemed an essential aspiration and main goal is now subject of inexhaustive analyses in various scientific fields. The concept of happiness and its activators are both heavily explored and exploited concerning the modern life style in the…

Happiness which is deemed an essential aspiration and main goal is now subject of inexhaustive analyses in various scientific fields.

The concept of happiness and its activators are both heavily explored and exploited concerning the modern life style in the era of globalization. Many industries make use of that knowledge, but also misuse it, such as the pharmaceutical industry, marketing industry, social media and as of recently the “gaming” companies which produce virtual games that “play with the person’s psychology and chemistry”.

The pharmaceutical industry relies on science in the production of medications that support hormonal balance for people to be able to cope with depression.

Most popular happiness hormones (even though most of them are neurotransmitters) are the Dopamine, the Oxytocin, the Endorphins and the Serotonin.

However, the concept of happiness is much more complex issue than just considering its chemical nature. Stimulation of hormones does not have to be necessarily understood as condition for happiness.

Also, stimulation of happiness hormones cannot simply solve the problems and it cannot serve as solution that enables a person to overcome one’s problems and challenges. 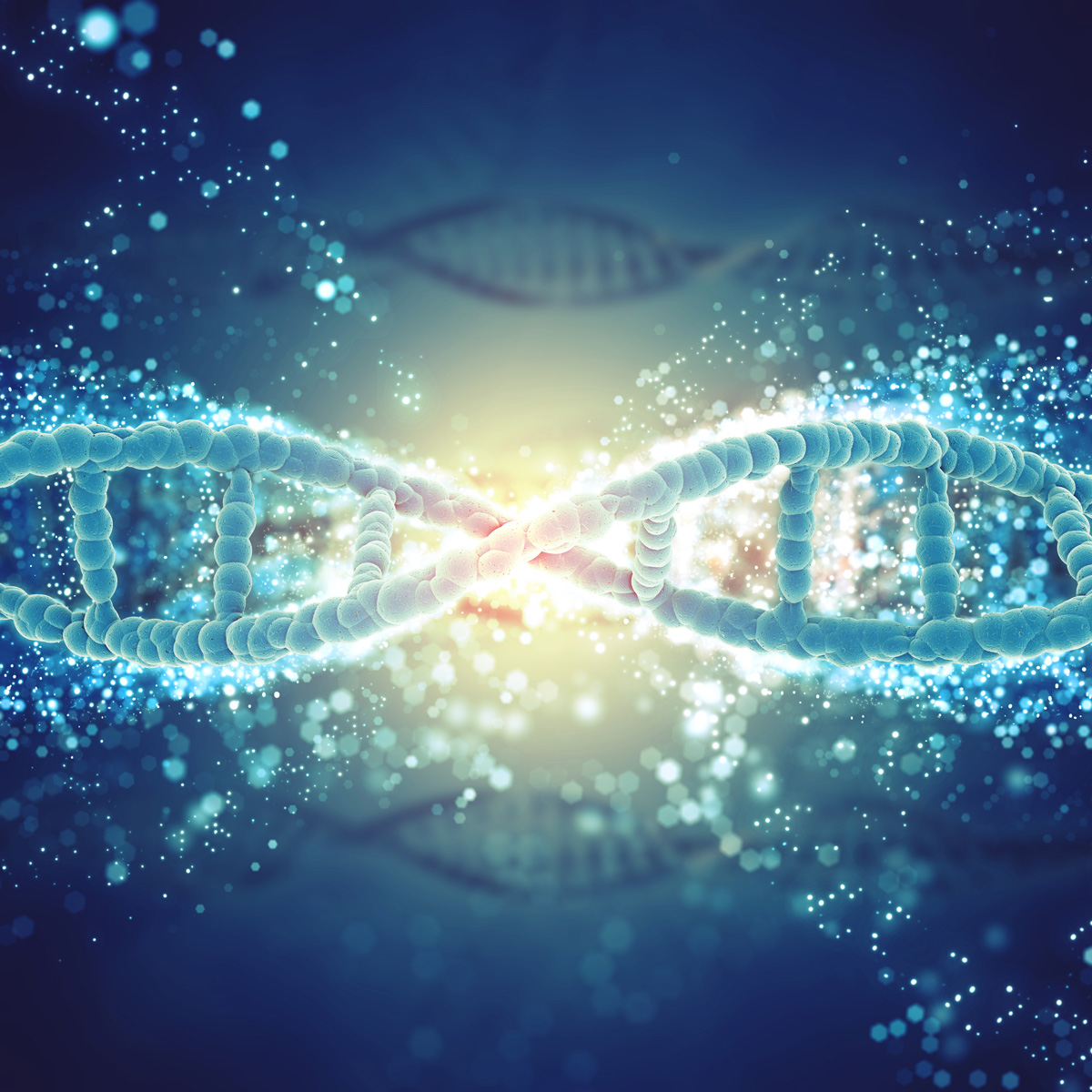 But change of one’s life-style to enhance the hormonal balance and stimulate the release of happiness hormones in a natural way, can help the organism in tackling everyday challenges.

An organism which is well balanced will be more prepared for everyday stressful situations. However, it is by no means a substitute for happiness in terms of feeling internal harmony and self-acceptance.

The release of happiness hormones is based on the biological processes of the perfect creation called a human organism. All these hormones have their own function to support the biological
nature of a human being, to stay alive. Humans are biologically designed to interact and live with other humans. Hormones and neurotransmitters have a strong function which supports this social nature of the humans.

Dopamine is a neurotransmitter that stimulates the award center in the brain. It is also called the hormone of aspiration.
Its main role is to create a sense of pleasure as result of an achieved goal. Whenever a person pursues a personal aim or completes one’s personal task, dopamine is produced and the person experiences a sense of pleasure. Release of dopamine can be activated when a person sets a cer-tain goal to achieve (such as diet, a certain running distance, a short-term work related goal). Also, many surveys have shown a correlation between having a nice and positive communication with other people and the release of dopamine. Expressing gratitude also increases the level of dopa-mine.

Oxytocin is considered to be the hormone related to body contact, love and connecting.
Numerous studies have shown that body contact, sexual relations, hugging and cuddling with
children and partners stimulate greater production of oxytocin and feeling of happiness. Cuddling a pet or a hugging a friend have the same effect. Some surveys have shown that the effect of this hormone is different between men and women, and maybe vasopressin has the same function in male bodies. Oxytocin production is naturally increased in the period of pregnancy (before and after the delivery) and it helps the creation of strong bond between the mother and the child. It stimulates the lactation, as well.
According to some studies, the production of oxytocin is also affected by the new ways of commu-nication, the social networks and the body alienation. Recently, the new communication styles have become prominent topics in many studies and some have shown that in the terms of their effect of happiness, the” like” button on the social media has the effect of the feeling of reward and stimulates the release of dopamine. However, it is not a substitute for oxytocin, because this hormone is re-leased only through body contact, eye to eye contact and touch, given the biological design of hu-mans who are created to physically interact with others.

Serotonin is also called a molecule of self-confidence. It is also called a natural antidepressant and has strong connection with the sense of being fulfilled and successful. The statement “I did it!” can best describe the feeling whenever this hormone is released. Happiness deriving from achieving long-term goals, feeling that one’s life is meaningful and that the person leaves a footprint in the en-vironment, is also strongly connected with the serotonin production. It is also considered as one of the most complex hormones because it is part of many biological processes such as sleep regula-tion, appetite control, body temperature, and regulation of mood changes. For example, in the Scandinavian countries, known as highly developed countries in terms of quality of life for citizens, the lack of sunlight when days are short is listed as the one of the top causes of depression.

Endorphins are hormones which are released when the organism has to endure pain “for greater aim” (for example, when a person runs away from danger or similar). It is the endorphins that have the effect of morphine analgesic in such situations. At the same time, they create a sense of eupho-ria. Anaerobic exercises (more intensive physical exercises) can be a great stimulant. For exam-ple, many people would say that they are addicted to “running”. It is well known that the “runners high” is connected with the release of endorphins. Recent studies have shown that they are con-nected to different chemical substances in the organism, called endocannabinoides. Runners’ feel-ing of happiness is usually related to a combination of released dopamine (reward) and endorphins. On the other hand, meditation can be another stimulus for production of these hormones. It results in relaxation that reduces the level of cortisol – the stress hormone.

Adrenaline is often mixed with happiness hormones, however, it only stimulates excitement and not happiness.

Stimulating the happiness hormones does not result in happy people. The search for meaning in life, coping with certain patterns and self-exploration entail a long way of personal development.
However, only minor changes in one’s life-style in order to increase the release of happiness hor-mones, can help the organism to better cope with everyday stressful situations and challenges.
The following set of exercises can help ensure better balance and less stress.

– Setting short-term measurable and achievable goals (for example, a diet, physical exercises, a plan/project). The sense of award whenever a goal is accomplished leads to higher level of do-pamine.
– Flirt. Flirting with people on the streets (neighbors, cashiers, people on a bus) three times a week. Thus, flirting is not necessarily related to a sexual flirting, but rather having a nice conver-sation with unknown people, and having positive social interaction.
– Make use of every chance to show gratitude to people who have somehow facilitated the per-sonal growth. Those are the people who support your personal development in various ways.
– Answer the following questions three times a week:
Morning questions:
• Why am I happy in my life?
• What are the things for which I can be proud of?
• What am I grateful for?
• Which are the things that make me excited?
• Who do I love and who loves me?
• What can I do today in order to be satisfied?

– Coffee meditation. It’s a good exercise to learn to enjoy the moment (mindfulness). Meditation stimulates the release of dopamine and endorphins.
– Make a list of long-term goals and wishes, of places you want to visit, of things that you want to achieve. Striving for long-term goals activates the release of serotonin.
– Listening to favorite music. Many scientific studies have confirmed that the level of dopamine in-creases when we listen to music.
– Aerobic (lighter) and anaerobic (more intensive) exercises. They activate the release of dopa-mine and endorphins. Only a 20-minute walk can be sufficient for release of more dopamine. Af-ter the training, the release of this hormone decreases, but the level of serotonin (a hormonal an-tagonist) increases. Serotonin is a hormone of internal satisfaction and fulfilment. Hence, physi-cal exercises and body movements are deemed as very useful.

Even though stimulation of hormones cannot substitute the sense of happiness, the person experi-ences a sense of enthusiasm and more energy to achieve certain goals and tackle stressful situa-tions. Indeed, the chemical battle with cortisol in our bodies (the stress and anxiety hormone) is cer-tainly more efficient with our own biological defense mechanisms.